And then there was the cake.

It’s been a really busy week, but I had Thursday put aside to make Sabrina’s birthday cake. 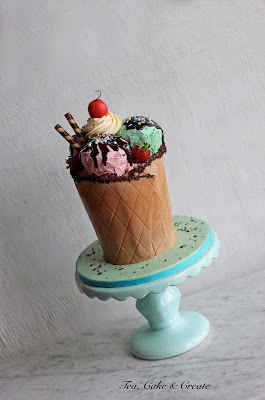 So, a little rushed – it could have done with some finessing – but here’s the cake as it turned out. 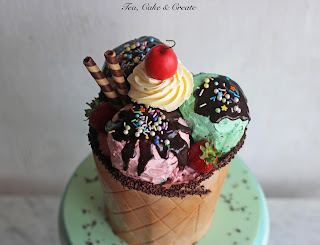 The  cone part  is vanilla cream cheese pound cake, covered in a modelling chocolate / fondant blend.
The scoops of ice-cream are large cupcakes (rich chocolate, and red velvet) roughly covered in buttercream to look like ice-cream. The swirl of cream is also buttercream icing. 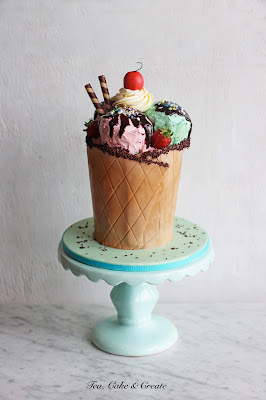 The design was inspired by ice-cream cone cakes made by Shawna McGreevy and Darcey Oliver.
Despite it being such a rush, it was really fun to make. And my daughter loved it – which is all that counts!
Happy decorating!
xxM