Skip to content
BREAKING NEWS
To say that I was a little stressed this week about Sabrina’s party is an understatement.
An ice-cream themed party with a pool slide in late summer seemed like a great idea, but the one element that I couldn’t control was the weather.
Despite checking the forecasts  six times daily  regularly these past few days, not believing that the temperatures would actually shift downwards so rapidly on the day of the party, they did.
Party day arrived misty and damp.
Great ice-cream weather 🙈
One thing I was on top of though, were the party-treats. Most of it was sorted with the hiring of a soft-serve machine, and purchase of lots of sprinkles and toppings.
The rest I kept very simple, including these cookies: 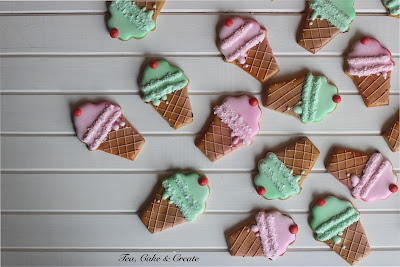 Limited colour palette, outlining and flooding with the same consistency, 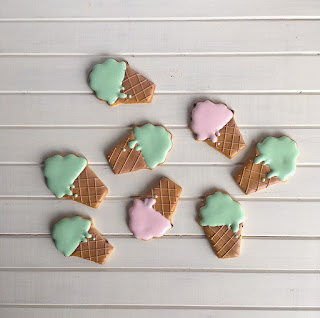 and just a little airbrushing and use of royal-icing crumble to add dimension. 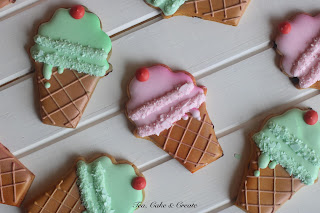 I don’t have a double scoop cutter, so used an ice-cream sundae cutter instead, and trimmed it a little. 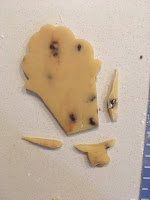 The crumble is made using a tutorial by Clough’D 9 Cookies: 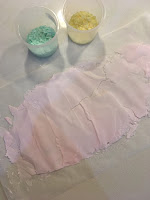 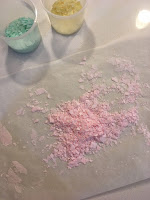 It’s a thin layer of royal icing spread onto parchment with a palette knife, left to dry, then crumbled up.
So clever, isn’t it? 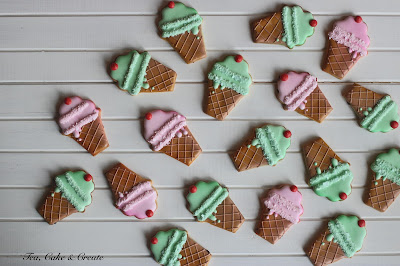 I’ll tell you about the cake next time.

Until then, happy decorating!