Skip to content
BREAKING NEWS
You know what I love about bundt cakes? Well, let me tell you:
They can be so simple, yet so impressive. And they go a long way.
Just the kind of thing you need to feed the extended family that have descended on you for the Christmas holidays… 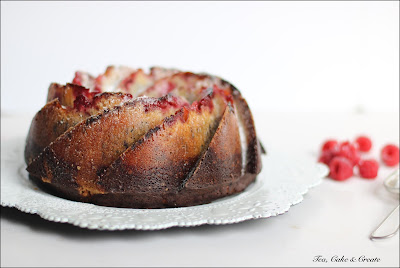 This is how simple we’re going to keep it:
We’re using my not-quite-a-pound-cake chocolate cake recipe; some frozen raspberries, and some icing sugar for dusting.
And you’ll need a bundt pan. (This cake was made in a silicone rosette pan from Clicks).
That’s it.
:o) 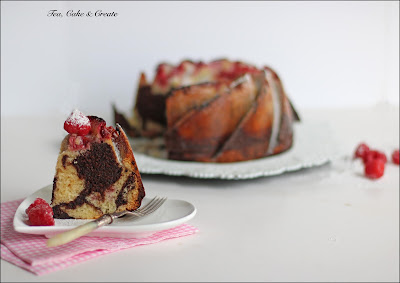 
Mix the cocoa powder in the boiling water; set aside.

Divide the batter in two equal portions (approximately equal is fine!)
Stir the cocoa mixture into one of the portions of batter.
Fold half the frozen raspberries into the other portion of batter.
Lay the rest of the raspberries into the base of the greased bundt pan. Pour the vanilla / raspberry portion of the batter in next, followed by the chocolate portion.
No need to swirl the two portions together – they’ll expand into each other and create the marbled effect.

Bake at 180’C for approx. 70 -80 minutes or until a cake tester inserted comes out clean.
(If the outside of the cake is browning too fast, cover with foil and continue to bake at a slightly lower temperature; extend the baking time as necessary).
Allow to cool in the bundt pan before turning out onto a wire rack to cool completely.

Dust with icing sugar before serving. 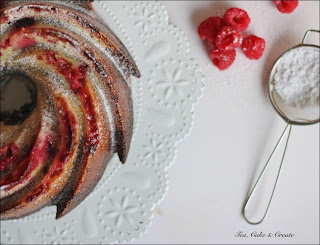 Even your mother-in-law is going to be impressed!
;o)
Happy baking!
xxM