Now you’re probably lucky enough to have been handed down Tannie or Ouma’s favourite melktert recipe – as priceless as any family heirloom.
But not me. I only have vague memories of my Austrian grandmother (who did bake, but not milk tart), and none of my South African one (who probably didn’t… with ten kids, I’ve gathered she was more of a hide-in-the-corner-with-a-bottle-of-gin kind of parent, anyway!).

So no local family recipes for me. That’s ok. I have Magdaleen van Wyk’s  Complete South African Cookbook, which covers everything from “Abalone (see Perlemoen)” to “Zucchini (See Marrows, baby)”.
But its “Milk Tart (see Melktert)” recipe calls for folding stiffly beaten egg whites into the custard. And if I can avoid folding in egg whites, I do.

So this is the milk tart recipe that I use most… It’s easy – you don’t even have to bake the custard; tasty – which is kind of important! And it makes 2 tarts – one for your guests and one for you! 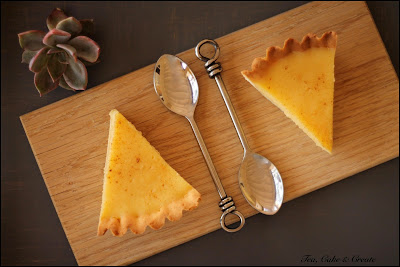 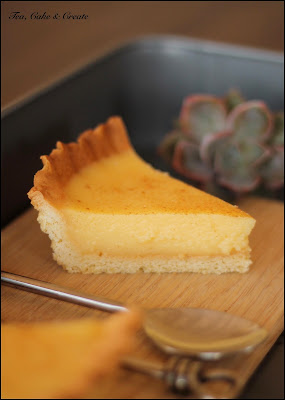 Place the naartjie peel and cinnamon quill in the milk, and bring to the boil in a saucepan.

In the bowl of an electric mixer, beat the eggs and sugar together until light and creamy.
Add in the vanilla, flour, corn flour, custard powder and salt.
Pour the boiling milk into this mixture. Stir well.
Return to the saucepan and the stove. Stir over medium heat until the mixture thickens.
Remove the naartjie peel and cinnamon quill.

Pour into the baked pastry shells, and refrigerate until cool.
Sprinkle with ground cinnamon before serving. 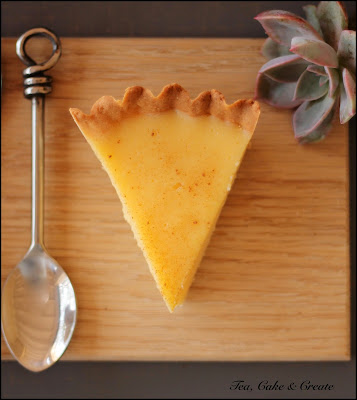 * A melktert is traditionally flavoured with almond extract rather than vanilla. But I’m not a huge fan of the former; and I love a vanilla-flavoured custard.
I’m satisfied with the South African-ness of this dish – especially with the addition of the naartjie peel.
But you choose – feel free to add almond extract, instead!