When I looked up the original recipe for these biscotti, I skim read through the method and completely missed the instruction to halve the chocolate  (50g of chocolate was intended for melting and drizzling over the baked biscotti).
It had been a busy week, and making biscotti was a last minute thought before we left for our Mozambique holiday. 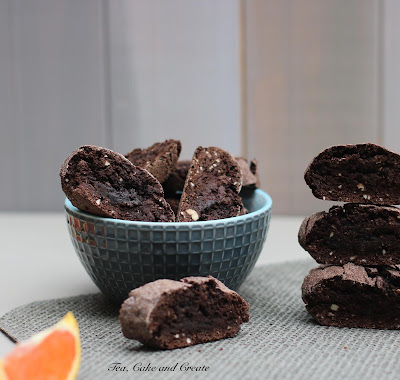 But when is too much chocolate ever an issue?! (Unless it’s being consumed by your three year old before bed-time… Of course I don’t have toddlers anymore, so S.E.P … someone else’s problem 🙊)

So, I have kept the chocolate volume un-halved in my version. And added some almond flour too.

My son did make pretty short change of these biscotti while we were away, but seeing as his days were filled with swimming, snorkelling and digging huge trenches in the beach, I wasn’t too worried that he’d battle to fall asleep.

Plus they’re loaded with dark chocolate (have I mentioned that?), and almonds – so they’re essentially a health food…! 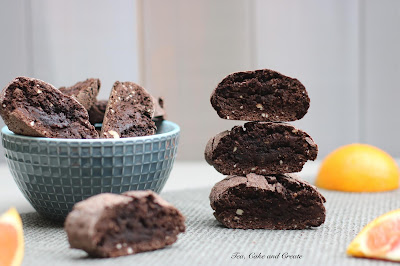 Pre-heat the oven to 180’C
Line a baking tray with parchment paper or a silicone baking mat.

Sift the dry ingredients together.
Roughly chop the chocolate and the almonds.
Place all the above ingredients into a food processor and pulse several times; the chocolate and almonds should be in smaller pieces now.
Add the 3 eggs and vanilla, and pulse again until the mixture just starts to come together.
Remove from the food processor and mix by hand into a ball.
Divide the dough in two. Sprinkle a little caster sugar on your work surface and roll each half into a log approx. 28cm long.

Bake at 180’C for 25 minutes.
Remove from the oven, and allow to cool.
Use a serrated knife to cut the logs diagonally, into 1.5cm slices.

Place cut-side down on baking trays, and return to a warm oven (120’C) until dried out and crispy. Cool completely before storing in a sealed container. 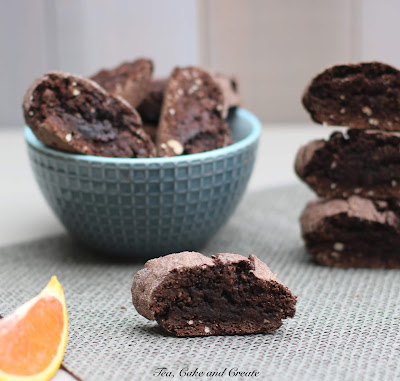 Try different variations – Jamie Oliver’s recipe called for cranberries and pistachios; and I made a batch with a tablespoon of ground ginger instead of the orange zest.
Let me know what flavour combinations you use, and how they turn out.