Ok, I’m just going to come right out and say it – I don’t like sharks. Not one bit.
It’s not that I’m afraid of them.
Ok, maybe I am, but my risk of encountering one is pretty low.  (I don’t go into their space much.)
They hit my creep button, even from a distance, though. Big time.

My son however, is fascinated by them; and knows all the different types. (Thanks largely to the game Hungry Sharks. Dreadful admission!).
So, I had little choice when he decided on a shark themed birthday party this year… 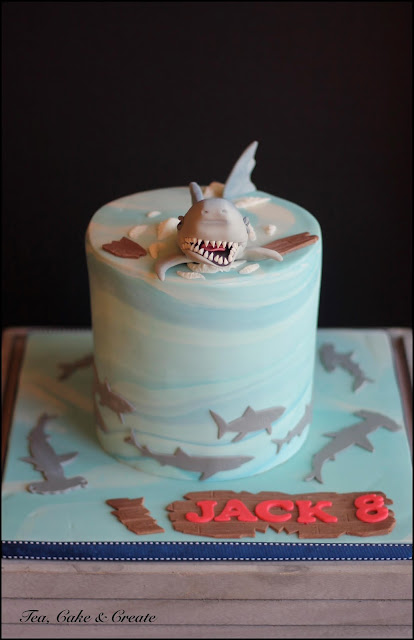 I took my time circling the idea though, before I had to finally take the plunge.
(Did you get the way I made that a sharky/watery metaphor?!) 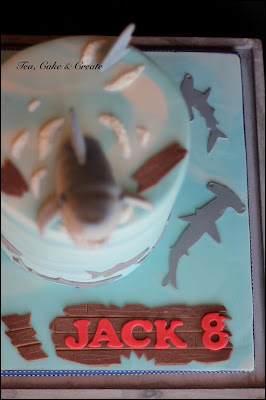 None of the shark cakes that I looked at for inspiration appealed, though. I just didn’t see anything attractive in them, no matter how well executed they were. But then I found a couple of cartoon images that didn’t completely freak me out, and began modelling the shark topper. 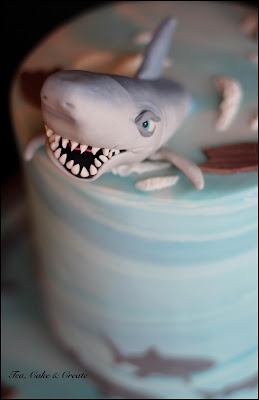 Those pink shark gums, though … No way. I couldn’t bring myself to add that feature to this guy.
So he got a black mouth and a pink tongue.
Do sharks have tongues?!
Well, this one has a sneer, and a tongue. But no pink gums. 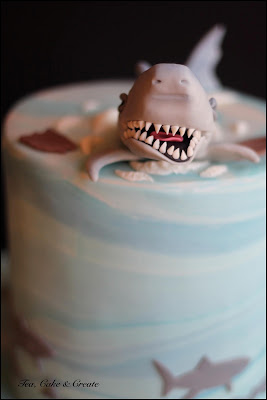 To cut out the teeth, I rolled a long thin sausage of paste (a modelling chocolate / fondant blend) and sliced it into small triangles. (I tried using a flat piece of paste first, but the teeth lacked dimension. Sharks teeth need to have dimension!) 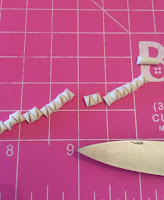 The 2D sharks were cut out using printed templates (Google search “shark silhouettes”).
I placed the templates onto rolled-out paste, and used a pointed tool to outline the shape, then cut that out using a sharp craft knife. 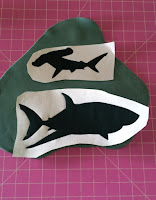 As it happens,  I lost some of my antipathy towards sharks while I was cutting these out – they have a beautifully streamlined angular shape.  Very sugar-craft friendly..! 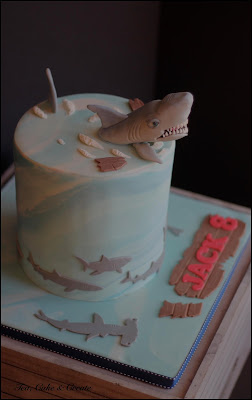 The cake was covered with a modelling chocolate/ fondant blend that was marbled using a technique similar to this https://www.youtube.com/watch?v=dmpIRjRHpR0 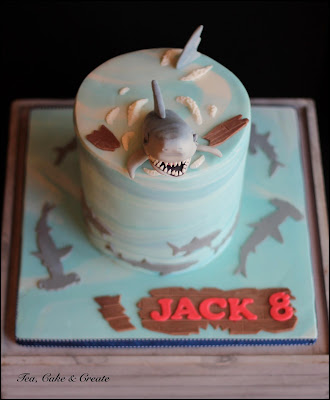 So, do you think I can legitimately say it?  I survived a shark attack!