My least favourite icing to prepare? Plain buttercream.
The kind you make with just butter and icing sugar.
I find it too sweet to eat, and too greasy to handle.
Not that you’re supposed to handle it, but when you’re running buttercream classes – there’s no getting around the fact that you’re going to have to fill, and refill a couple of dozen bags of the stuff!

And to top it, my KitchenAid mixer  decided to pack up, after 12 years of hard work, just before the buttercream classes. Thankfully though, it was a quick and easy fix, and I didn’t have to use my hand mixer to prepare for the classes!  I think I would have cancelled them- no jokes! 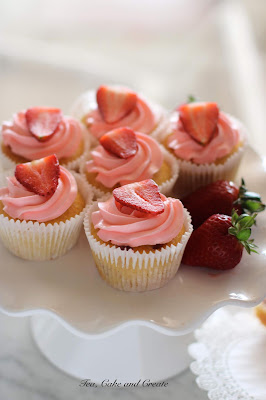 These were the cupcakes that I made for tea for those buttercream classes.
I specifically chose to pair them with swiss meringue buttercream (SMB), because its silky smooth, light and subtle flavour was an antidote to that other icing we were using.
And beating the meringue in my recently repaired mixer was a kind of celebration!

The cupcakes themselves are just a variation of the basic vanilla cupcake recipe, that I use when I want a light sponge. 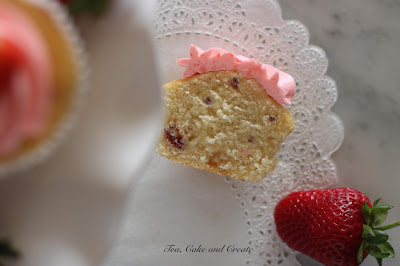 (**chocolate chips will remain as distinct morsels; callets and small pieces of chocolate will melt – so the choice depends on the result you are looking for. I like the softness of  melted chocolate in this recipe, because the base cupcake is a light sponge. )

Mix the milk and oil together in a jug, and heat in a  microwave for 2 min on high.
Set aside for 15 minutes.

Sieve the flour and baking powder into a bowl; add in the desiccated coconut, and set aside.
Place the sugar, eggs and vanilla extract in a mixer, and beat on high for approx.6 minutes, until pale and fluffy.
Add 1/3 of the dry ingredients to the egg mix,  followed by the half the warm milk and oil mixture. Repeat the process, ending with the dry ingredients. Fold in the chocolate and strawberries.
Use a 1/3 cup measuring cup to fill the cupcake cases.

Bake for 18 to 20 minutes, or until just starting to turn golden. 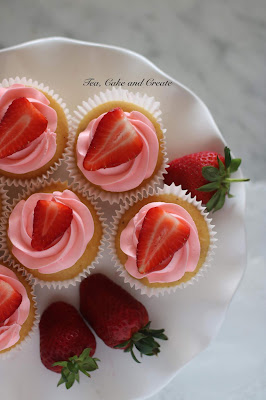 Put the egg whites and sugar into a mixing bowl, and place that over a  saucepan of simmering water. The bottom of the mixing bowl must not be in contact with the water, and the water should not be boiling.

Whisk constantly, until the sugar granules have dissolved and the mixture is hot to the touch.
Move off the stove, and to the mixer.
Using the whisk attachment, whip until it forms a thick and glossy meringue.
When the mixing bowl feels neutral to touch (ie, no longer hot), change over to the paddle attachment, and add the butter one cube at a time. (* I stop adding butter when it reaches a consistency stiff enough to pipe.)
It may curdle, but just keep whipping until it reaches a satiny smooth consistency.
Then add the vanilla extract, beat briefly.
Pipe onto the cooled cupcakes.
Top with a fresh strawberry.

Alternatively, try white chocolate SMB with these cupcakes. Or puree up some strawberries and add them to the icing for an extra strawberry kick – and a prettily speckled icing.  See here for a SMB with pureed raspberry. 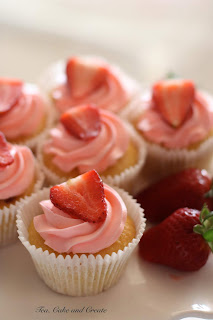